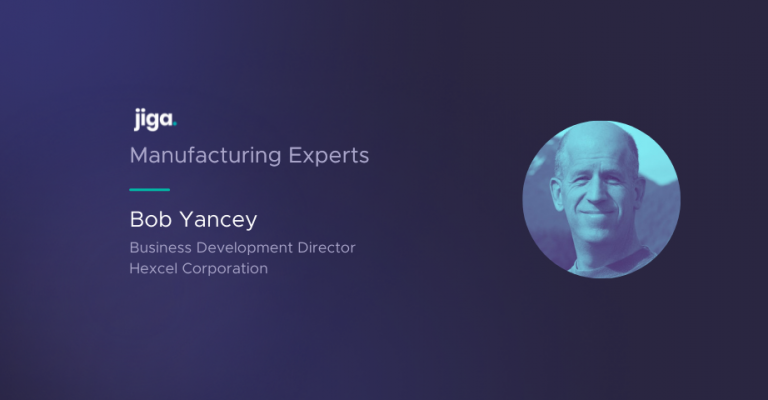 He is an Innovation and Technology Thought Leader, focused on Advanced Composites, Additive Manufacturing, and Aerospace Structures. At Hexcel, his role is to develop and establish emerging markets for their materials. 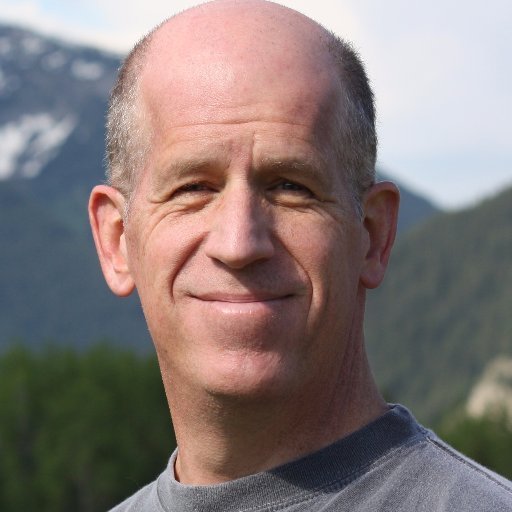 I started my career in the composites industry with Hercules where I worked as an intern.  Hercules sold their carbon fiber business to Hexcel in 1996, and now I am back working for the same organization where I was introduced to composites. I was introduced to additive manufacturing in the mid-1990s and have been involved since then.

Hexcel gained additive manufacturing capability in 2017 when it acquired the Aerospace and Defense business of Oxford Performance Materials. That part of our business makes aerospace components using Hexcel carbon fiber combined with a PEKK thermoplastic.  Over the last year, I’ve been the lead in our overall efforts in sales, marketing, and business development for that business unit.

You were involved in this industry when it was still in its infancy and you really got to see how it all began, right?

Yeah, it’s true. Back in the mid-90s when I got involved, it wasn’t called “additive manufacturing.” The term they used was “rapid prototyping.”

And I remember they used to hold a rapid prototyping conference and exhibition in Detroit every year which eventually turned into the SME Rapid trade show. I remember attending that show and everybody was happy that the entire industry had achieved $500 million in revenue for the year. It’s $13 billion now, so it’s grown quite a bit but still, I don’t think it has achieved the level that a lot of people, especially early investors, thought it would achieve.

However, it continues to grow faster than the overall market but in regard to manufacturing, it’s still a very tiny revenue for the manufacturing industry overall.

Well, the additive industry has gone through a few of those cycles. So there have been cycles where there’s a lot of hype, and then disappointment, and then it comes back and that process has repeated a few times. I don’t know if there are more hype cycles or if we have finally achieved a level where it will just grow steadily.

From your perspective, what kind of things are really starting to get interesting, what kind of industries? You're in Aerospace but you probably have a very good overview of the additive space.

So let me speak about Aerospace first. It continues to gain traction in the Aerospace industry.

As you know, within Aerospace there’s a lengthy certification and qualification process but in the case of Hexcel’s additive solution, it has been certified by most of the major Aerospace OEMs. And so now, it’s a matter of finding where those applications reside for that.

I think it’ll continue to grow and be used in typical applications such as casting replacements because they tend to have complicated geometries. Additive manufacturing allows you to do things such as ducting without the need for expensive tooling. Other applications include complex geometry parts, clips and brackets, and areas where tooling and assembly might be very expensive with traditional manufacturing.

I think we’re at a bit of a tipping point in aerospace where especially commercial aerospace is starting to adopt additive more aggressively. This allows for weight savings, cost savings, and business case benefits.

Medical is another industry where there’s been a lot of effort in terms of qualification and certification. For medical devices, which is a lower volume application, it is more attractive for additive manufacturing. Additive manufacturing also is great for customization, where you could adapt it specifically to the patient.

Automotive and Energy tend to be higher volume applications, and I think the struggle there is just making the business case. Vendors are coming out with new products that they claim can break even at 10,000-40,000 parts per year vs. traditional manufacturing, and that starts to make it attractive for these industries. But generally, those technologies are still not providing the mechanical properties that a more traditional technology such as injection molding might provide.

I think there’s still some work to get the materials and process such that you can get similar material mechanical properties as traditional manufacturing.

At least that technology is getting to the state where they can start to handle those larger volume applications.

That’s a question that has come up frequently in my 25 years of doing this, and everybody thinks that it’s coming soon. I think it will continue to evolve. I don’t see any big breakout, where suddenly it’s gone from way less than 1% of the total manufacturing to maybe 5%. I think that we eventually could get there, but I think it’ll be a steady progress, a step-by-step function.

Well, the other thing is, companies have invested a lot of capital in traditional manufacturing, right? So it’s not that additive has to be comparable in pricing. In many cases, it’s got to be a much lower cost for companies to make the investment in the equipment, personnel, technology, and expertise in order to really make additive a significant part of their manufacturing portfolio.

So maybe it's also like a mindset shift, would you say?

Yeah, in the end, it’s always a business case. Right?

I mean, we can talk about the great things that additive can do, and that it’s got all of these parts you can make without tooling, that you can get parts within a week, etc. But in the end, companies are going to make a business decision, and I think there’s still a lot of uncertainty about the business case.

It’s still new enough that there are a few companies that will invest aggressively upfront, but most companies are going to wait and see what their competition is doing and make the decision when everything’s lined up – where they feel confident that whatever investment they make is going to pay off for the company and their investors.

You're also very experienced with composite materials. What kind of interesting materials are there that you can share?

Primary applications for that are in aerospace, where companies are willing to pay a premium to save weight on the vehicle because that saves operational costs for their customers. Moreover, lightweighting is a key benefit when it comes to fuel efficiency and that leads to reduced CO2 emissions. The market continues to grow and you can see a steady increase in the amount of composites on commercial airplane platforms. The leading ones are the Airbus A350 and the Boeing 787, which are both about 50%, carbon fiber composites. I think that that will continue as new commercial aviation programs are developed, there’ll be an increasing amount of composites on new programs.

One of the things that we’re seeing due to the pandemic is that the slowdown in travel has led to a lot of airplanes being retired, and the airlines seem to be moving toward permanently retiring older airplanes rather than bringing those planes back into service.  An accelerated move to new airplanes is good for the composites industry because there’ll be an increasing amount of composites on new airplanes. Defense applications (military airplanes and rotorcraft) are another major user of composite materials and that continues to grow.

There have always been applications for carbon fiber composites in things such as sporting goods (tennis, racquets, skis, fishing poles, etc.), which will continue, but that tends to be relatively low volume.

I think the big watch item in composites is “will the automotive industry really adopt composites?”  It has been explored for decades but the higher cost of the materials coupled with the high volume manufacturing requirements have limited the use to primarily race cars and high-end vehicles.

The question is as we move towards electric vehicles, whether that will increase the use of composites?

Tesla has paved the way, but they use very little composites. So that’s an area to watch out for. Batteries are heavy, so by adding more composites to automotive vehicles, you have the chance of increasing the range and performance. But that hasn’t hit yet. If it hits, then that’ll be big for the industry.

What we are starting to see is the move toward hydrogen as a potential fuel source for automotive vehicles. Those hydrogen tanks will almost certainly be made with carbon fiber composites. Some of the market research has indicated that if hydrogen proves to be an economically effective fuel source for vehicles, it could be a big game-changer for the composites industry because the volumes start to exceed the aerospace volumes.

There are also applications for carbon fiber composites for the enclosures around the batteries. So with those two applications, there could be a major market for composites in the automotive industry.

Which AM applications do you believe to be the most impactful in the foreseeable future? 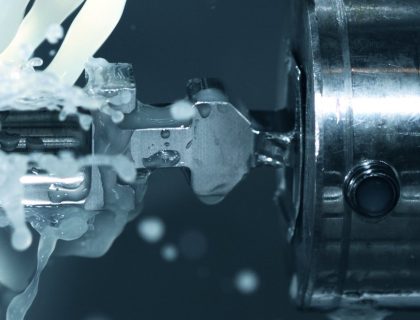 CNC prototyping is a popular way to produce prototypes for many industries. It allows for rapid iteration of design in response to feedback from testing. 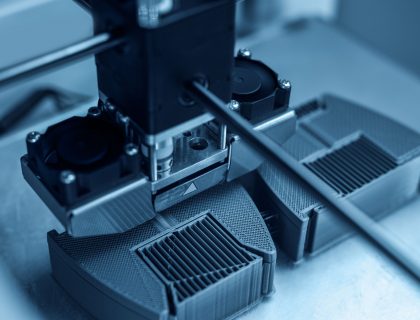 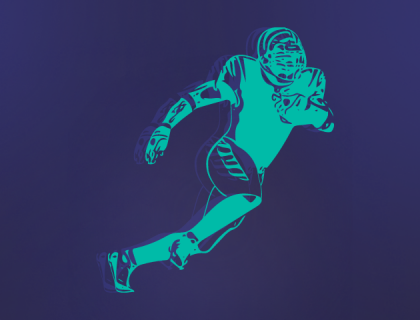 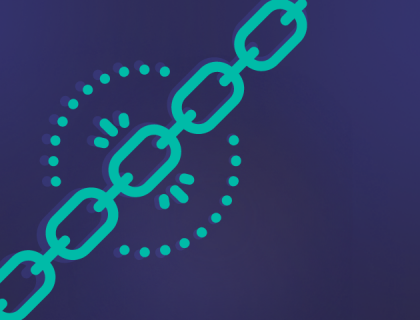 View 3D and CAD files directly in your browser

Convert the volume of any material to weight 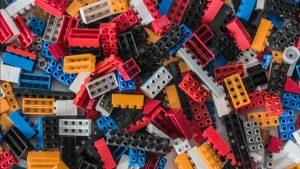 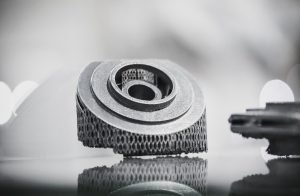 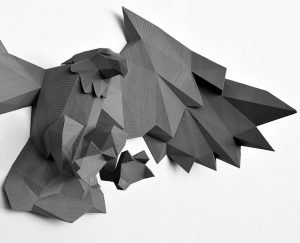 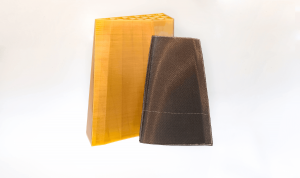 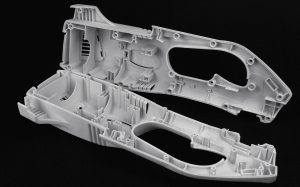 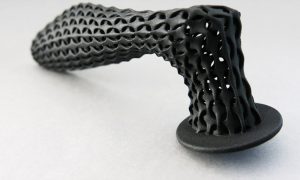 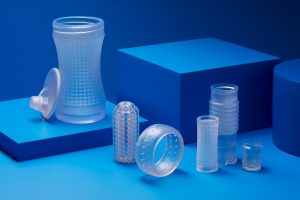 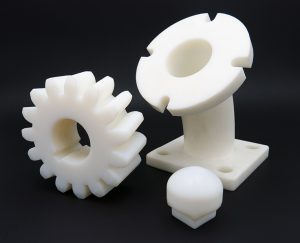 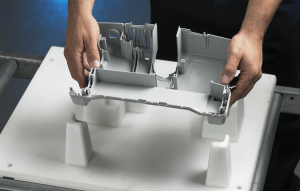 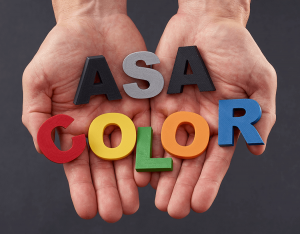 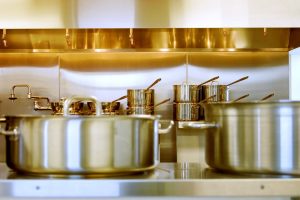 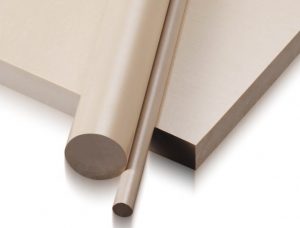 Use Jiga for free